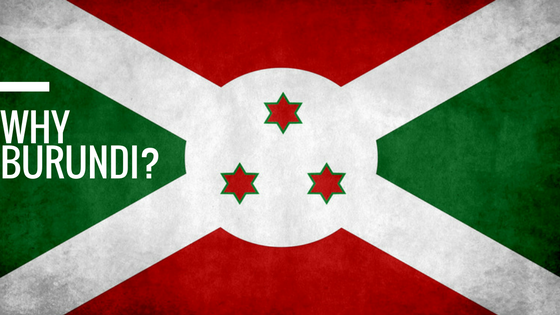 After more than a decade of civil strife, thousands of Burundian women are widows. In a country that is one of the poorest in the world*, their children are fatherless, and their families are without provisions. Not only that, but in Burundian culture, widows are outcasts. Often they are rejected by family. They have no income, no government aid, no advocate and they are frequently victimized. Burundian widows struggle to meet the basic daily needs of their children and themselves: food, shelter, medical care, clothing, and education.

But the story of “Why Burundi?” is much more personal than that. Co-Founder, Denise Patch, spent many childhood years in Burundi, and it planted itself firmly in her heart. During Burundi’s civil war, she learned of one friend after another who had been killed or widowed. Denise knew she had to do something for these mothers and families left behind in the carnage of war.

Thankfully, Burundi has made much progress over the last 10 years. However, the socio-economic status of a widow remains desperate. Not only their need, but their potential for flourishing, is greater than ever. Burundi and it’s people are planted firmly in the heart of Sister Connection.

*Burundi ranks 3rd poorest in terms of GPD per capita according to the CIA- World Factbook (followed by Central African Republic, and Somalia)

Tweet
← 10 Questions about Caring for Widows in BurundiBusking in Burundi →