by Ginger Kauffman–homebuilder and sponsor 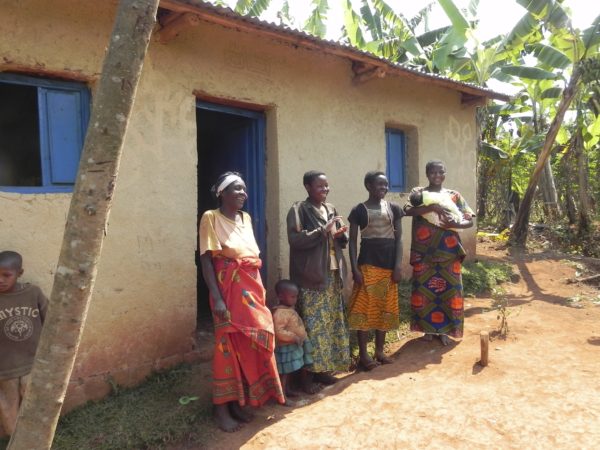 “We just bought a house!” It was a Saturday in June of 2007 and we called my parents with the news. They were taken aback. “We didn’t know you were looking,” they said. We really hadn’t meant to buy a house. Indeed, we hadn’t been looking, and we didn’t even plan to move. But we had just made one of the best decisions of our lives. We’d bought a house for a widow in Africa. That morning we had heard a presentation by Denise Patch about Sister Connection. She told of the thousands of women in Burundi who had been widowed through the civil war that raged in that country for over a decade. She explained that these women, who were raising their own children and often other orphans, were considered the outcasts of society. To support a widow through Sister Connection would give her a means to care for herself and her children and would give her dignity in the eyes of her community. We headed over to the sponsorship table, found a widow named Esperance who, like us, has two sons, and who needed a house. We hadn’t planned to buy a house, but when we learned how easy it was to enrich someone else’s life we were grateful for the for the opportunity.

Esperance’s metal roofed brick house cost us just $500 (houses today cost $750) and was one of the best gifts we’ve been privileged to give.It was my joy to meet  my Burundian sister in August of 2012, when I joined a team who participated in a conference for the widows and a camp for their children.

Changes have occurred since I first met Esperance. “Sister Connection serves a new generation of widows whose economic prospects remain bleak. Our purpose has shifted from the immediate needs of charity to self-sufficiency and entrepreneurial development. We restore dignity to our sisters by empowering them to thrive in independence,” says their website. Many widows, including Esperance, have completed the Vocational Training program, graduated from receiving monthly support through Sister Connection and are fully self-sufficient! 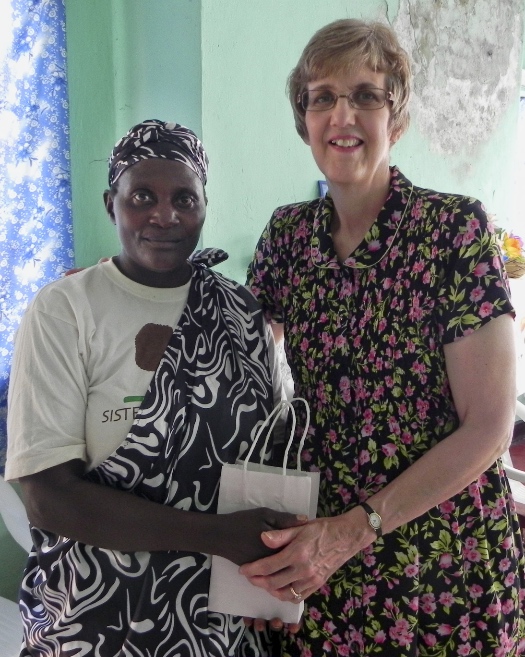 The author with her Burundian sister, Esperance.

Esperance told us in a recent letter: I was able to get my own land, now I grow different crops in it and thankful that I get corns, cassava, beans, veggies and other commodities needed for my daily living. I also raise two goats that help me get manure needed for my garden. I’m able to get a good harvest from my garden. Praise the Lord that I am part of the prayer women. It gives me hope and dignity to the point I can’t express.

I wanted you to hear this exciting story about a woman who had no hope and no dignity in a country where widows and their orphaned children (even when one parent dies in Burundi the children are considered orphans) are on the lowest rung of society’s ladder. But by God’s grace, through Sister Connection she has a new life and is now able to care for herself. Maybe you would like to sponsor a widow. Or maybe you are part of a group who would like to raise money to build a home.  Or perhaps you would be able to make a one-time gift or an ongoing gift for the ministry of Sister Connection. It is possible you would like to be a prayer partner for Sister Connection. Religion that God our Father accepts as pure and faultless is this: to look after orphans and widows in their distress and to keep oneself from being polluted by the world (James 1:27) Ginger (Sister Connection homebuilder and sponsor)