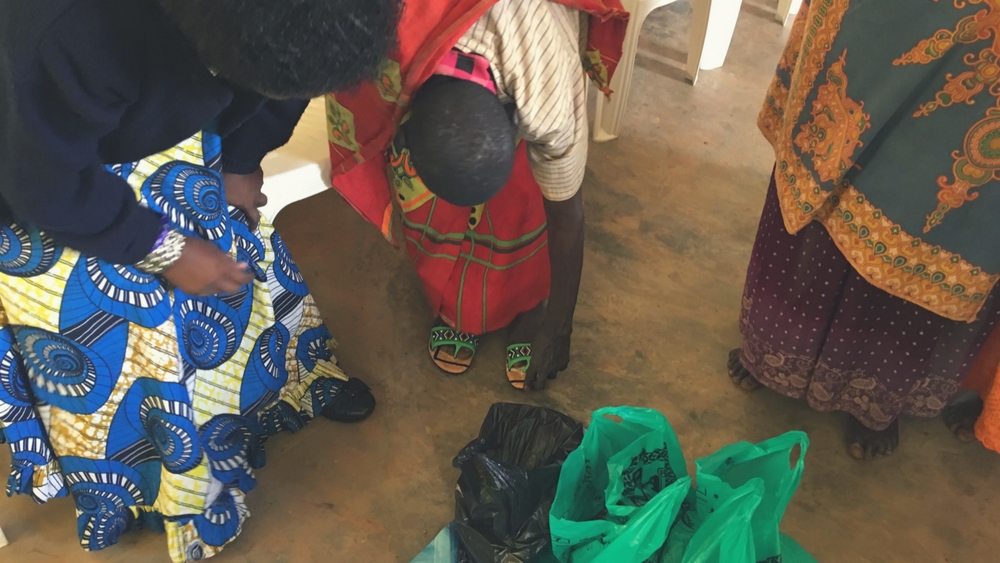 Yesterday, I witnessed a woman receive the first pair of shoes she has ever owned.

Yes, her first pair of shoes. To most of us, new shoes aren’t a big deal. But not for Anastasie. Growing up as an orphan herself, having shoes has been the least of her concerns.

This is her story-

“I was born in Buga, Makebuko commune in the province of Gitega. My parents died while I was very young. I had to care for my siblings who were younger than me. I had 3 brothers and one sister, one brother died. Being an orphan was very discouraging.

I was married to Simbandumwe Jean who passed away some years ago.  Together, we had 4 children- two boys and two girls. One of my daughters is married, the other one was killed the same day the killers shot me in the arm. At the beginning of civil war in 1993, the murderers shot at me and my daughter. They killed my daughter before my eyes. I recieved treatment for several months on my arm for before it was removed. I received Jesus Christ during this hospitalization. We live a very miserable life but I thank Sister Connection for the house they built for us. We did not have a house and we thank God for Sister Connection. I do not have enough food, and it is difficult to find clothes, and access to medicene for my arm which still bothers me.

I ask God to provide a helper for me.”

The shoes will cover the soles of her feet, and Jesus is covering her soul.

But what about the rest of Anastasie?

I have seen many prayers like Anastasie’s– for God to provide a helper– answered. I have seen God use His people to be His hands and feet, and His answer. And I have seen this process transform the life of both the pray-er and the answer-er.

So I’m inviting you to be the direct answer to her prayers.

Anastasie needs a sponsor to love and care for her. You can provide the means to healing, dignity, and hope that will change her life. Becoming her sponsor means investing in a relationship that will  transform everyone involved. I am praying a sponsor will emerge while I am here so I can tell her personally. Let’s give Anastasie more than shoes- together, let’s give her hope. 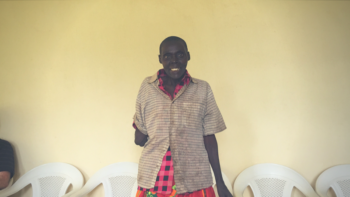