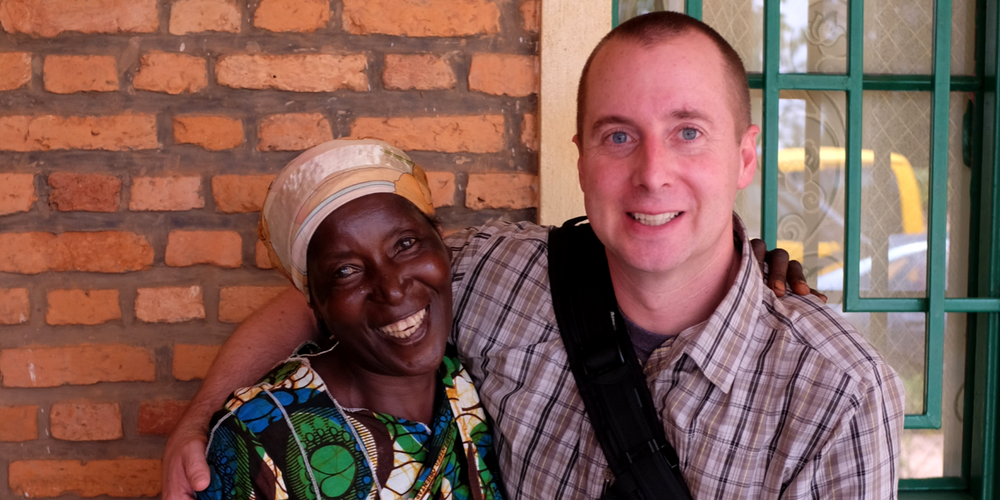 When Jeremy Williams visited Burundi with Sister Connection he had many questions about how Burundi’s history has contributed to the plight of it’s widows. Here he answers 10 of them.

The civil war in Burundi, which began as an attempt at ethnic cleansing—genocide, happened from 1993 to 2005.  As armed soldiers went through the country killing as many as they could, the other side rose up and started fighting back. Thus it became a ‘war’. Within the two sides, ‘rebel’ armies formed and began fighting for their own agendas, but the ultimate goal of every fighting group was the control of the country.

There were 2 tribes or ethnic groups in the civil war, the Hutus and the Tutsis.  “Troops” consisted of civilians and the military.

I believe that males (from the targeted groups) were killed because of their physical ability to fight. So, a boy of 15 could be considered a man if he was of the stature and apparent strength to be able to pose a threat to the other side. The people who were targeted first were well-educated men. The other objective in killing was to obliterate an entire ethnic group so many children and women were killed over these years as well.

While no one has ever counted, I was told, “If there were 100 organizations in Burundi to help there would still be widows that aren’t cared for.”

Pastors are great assets in identifying and measuring these kinds of factors.   At one point several pastors were asked about the percentage of widows in their communities.  The answer was between 30-50%.

In the early years, men were often killed in their homes when perpetrators would move through a community killing as many as they could. Too often, the women and children were witnesses, and many times some of the children were also killed.

[At this point I can not retell here what I’ve learned about the extent of these events.  It is worse than any horror movie and I feel like throwing up. Not to hide the tragedy, though, if you would like to know please email me and I will share what I’ve been told.]

Continuing – Many times, the wife and children would flee and the husband would stay behind hoping that when the perpetrators got to the house they would be satisfied with just his life and his family would be able to escape death. Houses were destroyed after these attacks. If and when the wife and children returned to the home, it was to find the devastation and no way to rebuild.  Eventually Sister Connection was able to move from a sponsorship program to a sponsor-base home building program.

The news is delivered to the widow by anyone who knows what happened. Many of our widows have assumed the death of their husband because he disappeared and they have never heard from him again.

Yes.  The stages of Sister Connection  support, not all and not always in this order, are

Yes!  By partnering with THARS (Trauma Healing and Reconciliation Services) over the years, Sister Connection has helped with healing sessions for widows, as well as received THARS training for SC staff and social workers, and now 10 health and nutrition trainers.  It is so incredibly simple, yet so deeply effective.*

This is a huge piece of what Sister Connection ultimately wants to provide for widows and orphans, and one reason they exist:  Healing.

Unfortunately, for most war victims, no.

In some situations children were also killed.  The living children stay with the mom/widow.

In situations where the mother has also died, the orphaned households (a priority for SC) are cared for by Sister Connection.

The social worker and other widows of the neighborhood are enlisted to be surrogate moms looking after the kids, and sponsorship is doubled for these households to provide school supplies and such.  This way one of the children doesn’t need to drop out of school to cultivate food.

Sister Connection has actually found orphans living alone in their homes, and the orphans are profiled into sponsorship.**

I want to leave you with more hope than grief.  Sister Connection and other ministries have been literally giving life back to the widows in Burundi since 2006.  Watching the widow’s joy of God’s blessings gives life back to us, back to me, and to those who hear about the stories.  You can not hear their singing, praying or praising of God without a deep sense of “wow”. Be encouraged, the Gospel really is Good News! – Jeremy

* Often the traumatized don’t even realize that their symptoms are the result of trauma.  What may seem like chronic headaches and insomnia for a widow can, through her sharing what she witnessed, and in retelling the horrific truth (for the first time, most often), she may no longer have wildly flashing bits of horror, causing numerous physical symptoms as the body tries desperately not to recall a non-manageable truth. Rather, telling their the story from beginning to end has remarkable healing power, rendering the ‘monster’ into a coherent memory that can finally take its place in the psyche, encapsulated.

That being understood, the method through which Sister Connection counsels widows and orphans through their trauma is as individual as the rest of the care that they provide. Equipping those who regularly interact with the widows, empowering their ‘front line’, is the focus so that they can take those opportunities to lead the individual trauma victims to a point of healing.

** The challenge for a single/widowed mom is huge. In Burundian society, the father plays the role of protector and enforcer of respect for the mom. He is the provider, and his children go to him for anything they need. When the father is taken from the family, children struggle to see their mom as their provider and to respect her as their authority. Their own trauma exhibits in a variety of ways, and often it is a misconception about their moms. SC has addressed this for many years in their youth camps, and has heard miraculous testimonies from youth and from moms about the transformation that occurs in the hearts and minds of those kids who allow the truth to penetrate.

Be encouraged, the Gospel really is Good News.